When planning a trip to this exotic country, it’s a good idea to find out about the weather in Morocco and its seasons. Many travelers see Morocco as a place of eternal summer. However, in addition to an insanely hot summer, Morocco also has a milder winter season.

I would categorize Moroccan seasons into three parts: very hot summers, hot falls and springs, and warm winters. In Morocco, during the day, there is no such thing as a cold season, although it does cool down the most at night. As the country of Morocco covers a large territory, its temperature varies according to region. For example, Agadir is famous for its relatively constant temperature year-round. The weather doesn’t change as much as it does in other cities.

The seaside town of Essaouira has similar temperatures to Agadir, but it is often windy. Even on a hot day in Essaouira, travelers are often cooled by gusts of wind. The area around Marrakesh, along with the entire Sahara region, experience the most dramatic changes in climate. During the summers, the temperature can rise to as high as 50°C. During the winters, temperatures may drop from 20°C during the day to 4°C at night. In northern Morocco, the climate is more constant and in mountainous areas, it is always a little cooler.

In summary, the most ideal and versatile time to visit Morocco for all activities is spring and early summer in April, May, June, and autumn in September, October, and November.

Weather in Morocco in summer: June, July and August

The summer season in Morocco begins in the first half of May and lasts until the end of September. The peak of summer is mid-July through the end of August. This is the time when the weather is the least hospitable for Moroccan travel. During the day in Marrakesh, in its surroundings, and in areas closer to the desert, it can heat up to in excess of 50°C, while in the coastal part, it is generally a little cooler, averaging about 30-35°C.

Therefore, if you are going to Morocco during the summer peak season, I advise you to choose the seaside towns – Agadir, Taghazout, Essaouira, El Jadida, or others. The peak summer season is not the best time to tour the Sahara. However, tour buses are always air-conditioned, and trips to the desert are usually organized in the evenings when the heat has subsided a bit.

Weather in Morocco in spring and fall

When the temperature in Morocco is only around 30°C, locals often wear warm weather clothes, because it is no longer hot! Although we Lithuanians don’t always have such weather ourselves in the summer. The spring and autumn seasons are ideal for trips to Morocco.

September, October, and November as well as March, April, and May grant travelers warm weather both during the day and in the evening. This time is ideal for sightseeing tours in Morocco, taking long rides through the desert, exploring the High Atlas Mountains, climbing the Toubkal, or doing other activities.

The winter season in Morocco lasts for a couple of months – starting in December and January and sometimes lasting until mid-February. While it may sound ridiculous for some to call 20°C the winter season, this number is deceptive. In the evening, the weather cools down and often drops to 4°C. Such temperature fluctuations are particularly common throughout Morocco, with the exception of the Agadir region, which remains quite warm in the winter evenings. In Marrakesh, meanwhile, locals wear winter jackets and hats, and it gets pretty cold.

The biggest problem in winter in Morocco is not the weather outside but inside. Most of the Moroccan buildings are adapted for the hot season. Thick walls, small windows, and marble floors cool the rooms. So, if you’re planning to travel around Morocco in the winter, don’t forget warm clothes for the evening and even woolen socks to walk around the cold hotel floors. If you go to the desert, gloves, a warm scarf, and a hat will come in handy – again, for the evenings, nights, and early mornings.

Snow – yes, it exists in the winter season in Morocco. However, only in certain areas – mostly in the mountains. One of the most Western places to experience winter in Morocco is the town of Ifran near Fez, which is more reminiscent of a Swiss resort than Morocco. Snow is something exotic to Moroccans living in remote areas, and some of them have never seen it before. For more about snow in Morocco, check out the following article: Yes, there is snow in Morocco.

If you are visiting Marrakesh in the winter, there is more than one place around for winter fun. The village of Oukaimeden near Marrakesh is the most popular place for locals to go during the snow season. We can even ski there (contact me for this activity). If you visit the village of Imlil located at the foot of the highest peak in North Africa in winter, you will also see a lot of snow. Sometimes, though rarely, it snows in the Sahara Desert.

And what about the rainy season? It very rarely rains in Morocco, sometimes in summer and in the winter. Therefore, you will definitely not need an umbrella or a raincoat in Morocco. 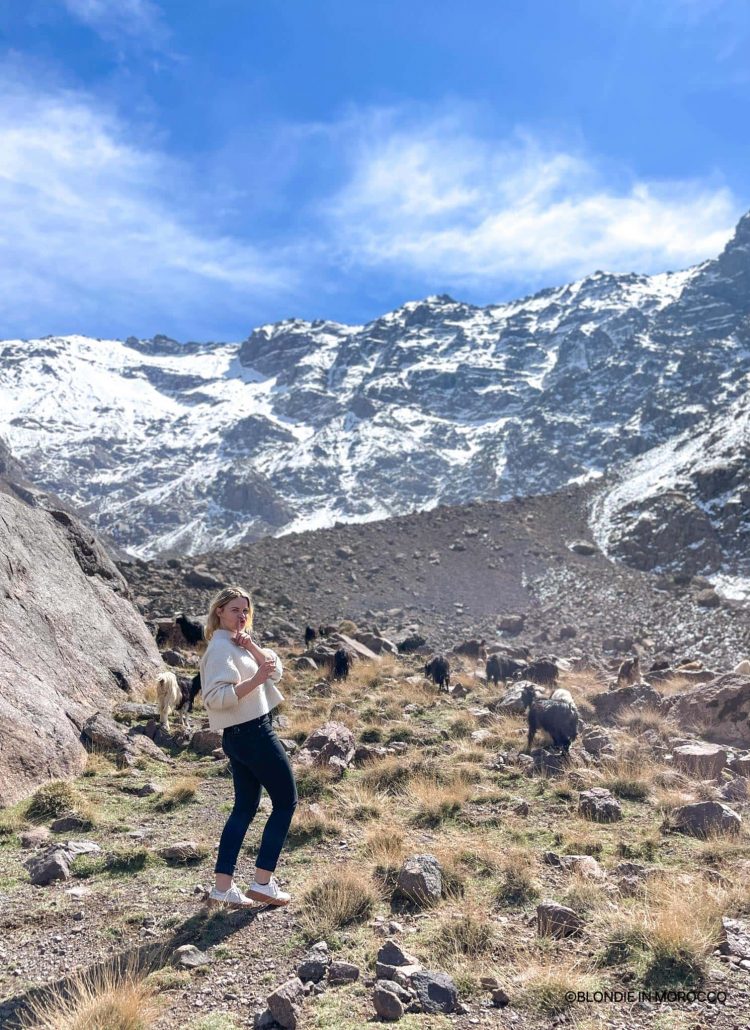 My hiking and picnic at 2km above sea level  experience in Imlil, Morocco 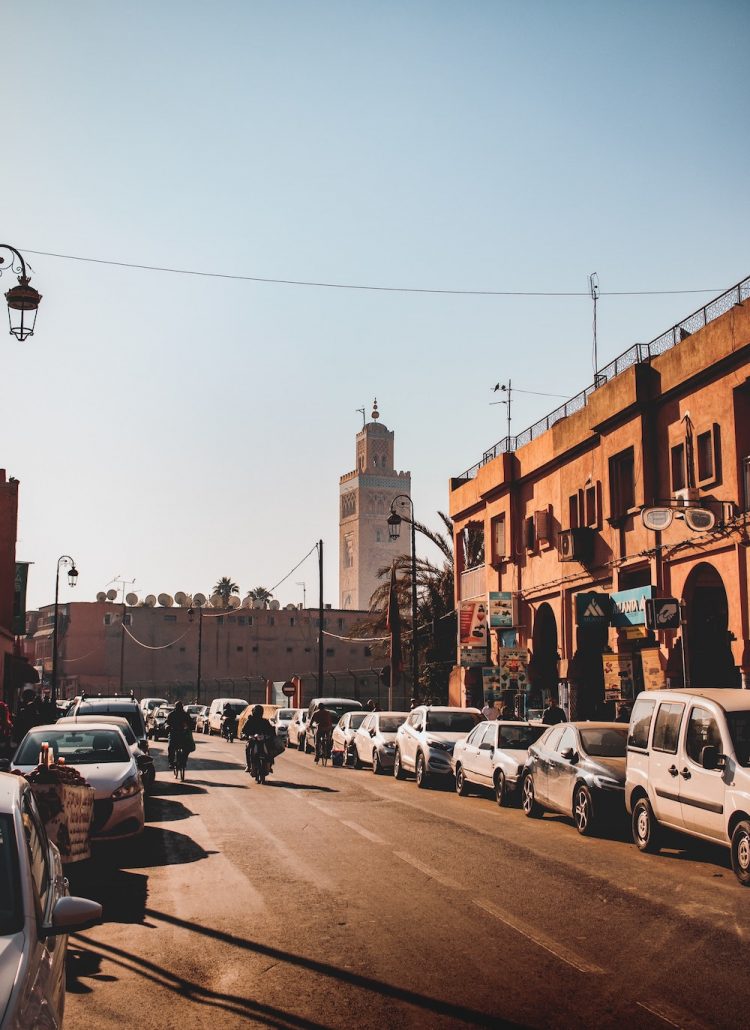 How to buy a car in Morocco? 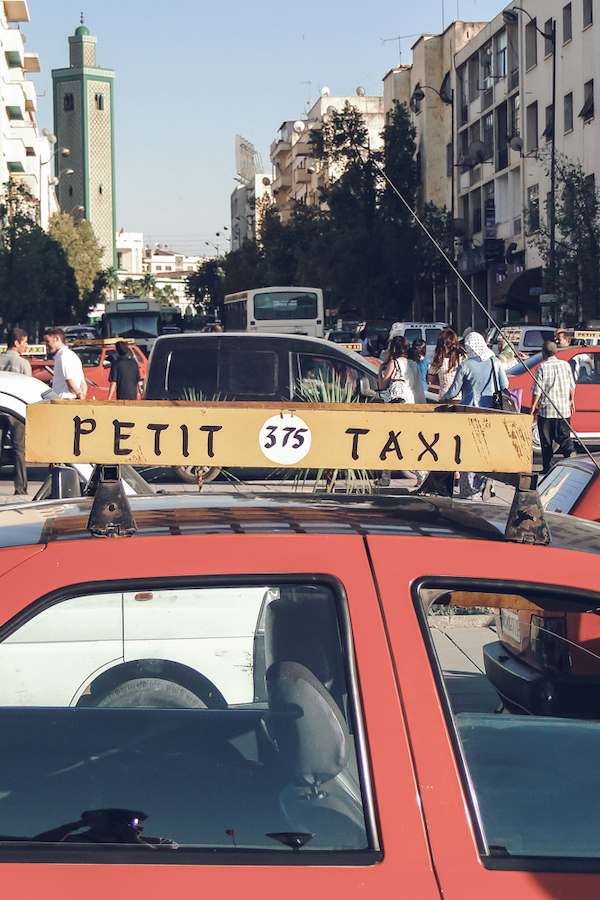 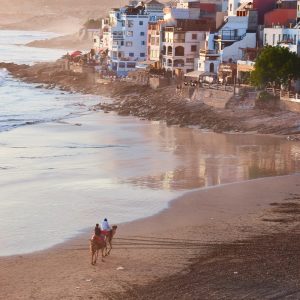 A Guide to Taghazout Morocco (not only for surfers)

NEW REQUIREMENT TO ENTER MOROCCO From 18 May 2022

Today's mood +40C One of the places I suggest to

“If you don’t have what you love, you need to

Hands up, who has been to Taghazout before! #tag

Diving to the weekend 🤸🏿‍♂️ Planning