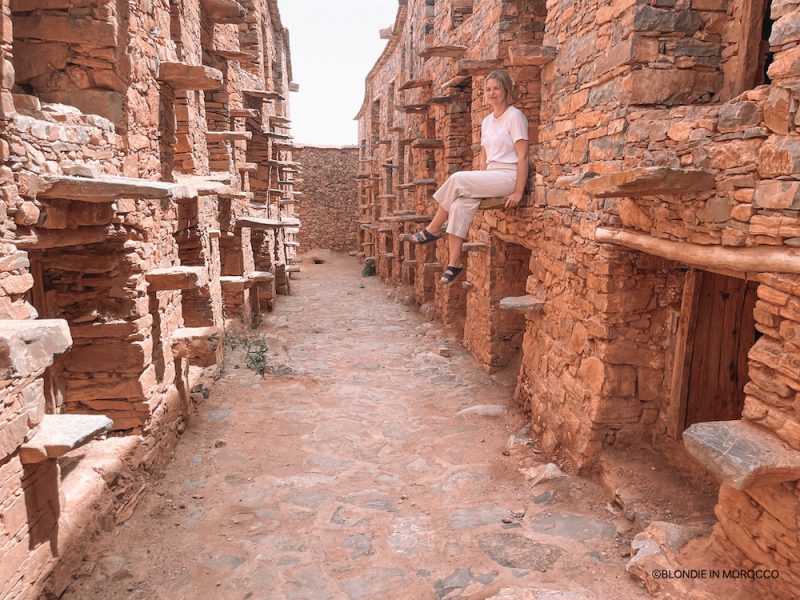 While nowadays we store money in banks, in ancient Morocco, people protected their valuables and goods in the collective Berber granaries – a building or rooms for storing goods. Or how Berbers used to call them “Igudar”, a plural word of Agadir in Amazigh/Berber language. The collective Berber granaries of Morocco are still little known and undiscovered, therefore a perfect off-beaten path experience for history and culture lovers.

Moroccan granaries or “Igudar” is also considered the World’s oldest form of the banking system, established by the Amazigh communities inhabiting the mountains south of Morocco. Mainly concentrated around the southern city of Agadir but also found in other Moroccan regions, these ancient Berber banks have existed at least since the 1400s.

The Amazigh people (meaning “free men”), also known as Berbers, were the original inhabitants of Morocco 4.000 years ago. After Arabs arrived in Morocco in the 7th Century, Amazigh tribes accepted Islam but maintained their independent customs and way of life until these days. In 2011, Tamazight, alongside Arabic, was announced as an official language of Morocco.

Many Berber tribes inhabiting the mountainous south of Morocco had their granary where each family had their compartment stacked on top of each other, often accessible with a ladder. The communal granaries – often fortified – stored grains and documents, vegetables, jewellery, dates, oil, and other valuable items. Every granary had a key holder (called Amin), elected by the tribe and paid by the tribe families yearly, and was also protected 24/7 by the tribe members.

Most of the granaries’ storage rooms have small halls for the cats living there and protecting goods from mice. Bigger granaries had communual spaces such as mosques, meeting rooms, and small market rooms and often were used as shelter during times of war or natural disasters. 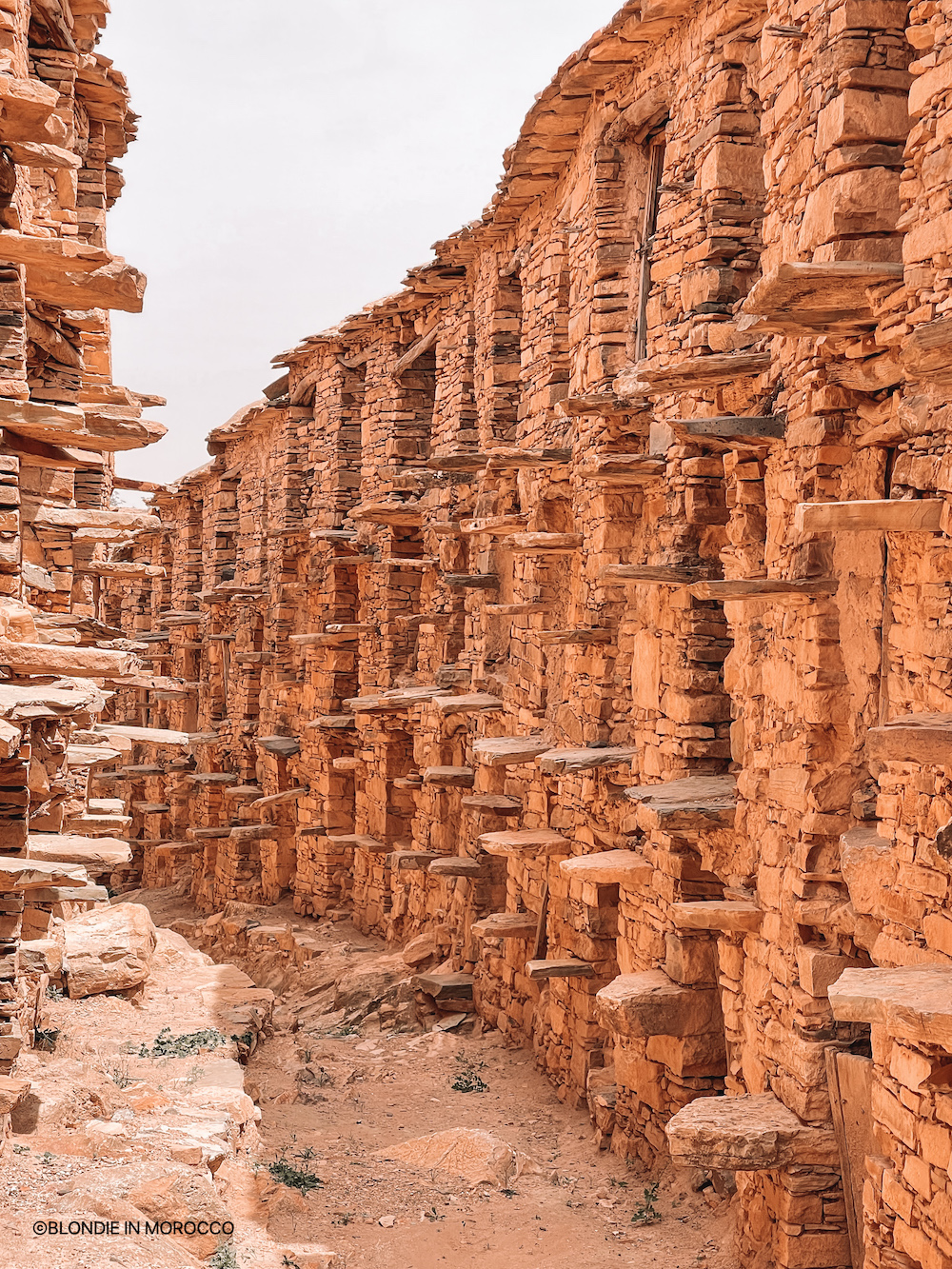 During the tour, you will visit two Berber granaries – Inoumar and Imchguiguiln granaries. They are located not far from each other, around 1,5 hour’s drive from Agadir. The road to the granaries leads through the beautiful nature, short mountain road and local villages, leaving behind the city hustle.

The Inoumar granary is 400 years old (built-in 1751) and dates from the Alawite dynasty, and more particularly from the reign of Sultan Moulay Ismaïl. Located down the hill, by its surface area, the granary constitutes the largest collective granary of the Western Anti-Atlaswill. The granary was “bank” 11 surrounding villages Souss Massa tribes. It also reminds me of a castle with four watchtowers and 3 water towers overlooking the Ourga river (which is often dry).

The granary contains not only 295 storage chambers/rooms but also a mosque, meeting room, and small marketplace. This granary was renovated and even had a standard toilet for visitors.

After the visit, you will drive to another granary – Agadir Imchguiguiln, which is 750 years old and considered one of the oldest “igoudar” in the region. Built-in the 13th century, recent rehabilitation works have made it possible to renovate around thirty huts, the central square, a mosque and outbuildings.

In total, the granary features 131 chambres that belong to one village. There is even a small prison room for those who broke rules in the past.

After the visit, you will have lunch at the granaries’ guard village and will drive back to Agadir.

To end up the story about Berber granaries in Morocco, last year, Morocco’s Ministry of Culture launched a project to classify these granaries as a national heritage and include them in the World’s heritage list. I hope that this project will succeed and the granaries will get more attention to preserve them for future generations.

NEW REQUIREMENT TO ENTER MOROCCO From 18 May 2022

Today's mood +40C One of the places I suggest to

“If you don’t have what you love, you need to

Hands up, who has been to Taghazout before! #tag

Diving to the weekend 🤸🏿‍♂️ Planning